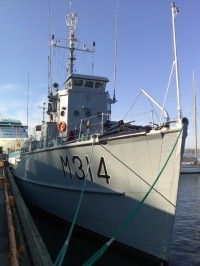 Radian AS was founded in 1996 and is located in Kongsberg in southern Norway. Since the very beginning we have delivered radar system studies, specifications, software and project assistance to both private companies as well as official authorities such as the Norwegian Defence Research Establishment, the Norwegian Air Force Materiel Command, the Defence Communication and Data Service Administration, Kongsberg Defence and Aerospace and the Civil Aviation Administration.

Our knowledge is based on 14 years of applied radar research at the Norwegian Defence Research Establishment and software design and development at the Institute for Energy Technology.

Through the projects and former background our experience has grown in both depth and extent. We are small and flexible and may support many projects related to radar system analysis and/or development.

1997 - Starting the development of MARI (Maritime Radar Investigator), a dedicated software package for maritime radar performance analysis. Over the years this package has been further developed and has been used as a core tool in many radar system studies. MARI is optimized for sea target detection including a height extended target model, an accurate antenna elevation pattern model as well as the Advanced Propagation Model from SPAWAR - San Diego for anomalous propagation modelling.

2002 - We established an in house electronics lab for supporting digital signal processor development activities primarily for improving navigational radar detection performance. Our experimental radar is established at the Telemark coast and is currently equipped with a Furuno FR-2115 X-band marine radar.

2008 - Development of a digital signal processor prototype for improved target detection in noise for S and X-band marine radar.

2014 - EKKO BirD installed at Trondheim airport. The radar is supporting flight controllers and field personell on bird activity around the airport.